First, depending on the purpose why take the IELTS test, that will determine whether you should take the General or the Academic test. Generally, when a person wants to study whether an undergraduate or post-graduate course, this person needs to take the Academic test since this is a requirement of many colleges and universities most especially in the Western countries like the United States, The UK, Canada, Australia, New Zealand, and other countries that opt for IELTS as an official English language proficiency test assessment. On the other hand, people who would like to work or immigrate in English speaking countries, either they are already residing in those countries or they are outside intending to go and live in those countries, are required by the government to take the General IELTS Test.

Statistically speaking, around 23% of all IELTS test takers take the General while more than 3 quarters (77 %) take the Academic Tests annually.

Aside from those major differences, the following are the similarities and differences of the General and Academic IELTS Test. 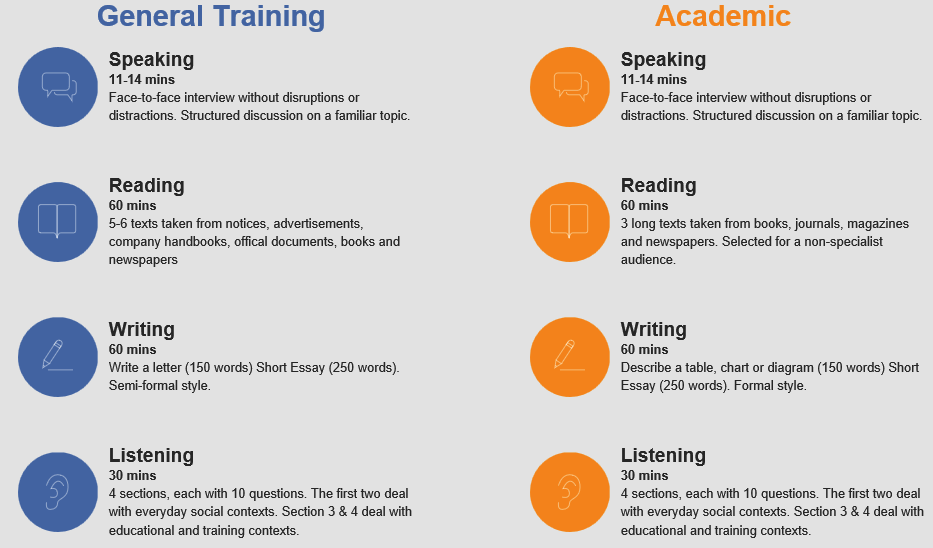